How Early Prostate Cancer Test Can Save Your Life

The familiar misconception that the worries about prostate cancer scare younger men into being sexually aware at a tender age is unfounded. This is because studies have shown that over the years, the disease has grown like a malignant tumour.

In this article, we explore;

Although the prevalence of prostatic diseases has generated little or no attention among policy makers, the threat it poses to our health care system is quite enormous.

What is the Survival Rate of Early Detection of Prostate Cancer?

The alarming figure associated with prostate cancer is such that one in every six men will get diagnosed with Prostate Cancer in their lifetime.

Presently, one in every four black men is associated with the disease. on the level of race, Blacks and Latinos are diagnosed at advanced disease stages, towering a 144% greater rate than whites.

The five-year survival rate for Blacks and Latinos is worse than for whites and is worryingly growing worse. Black men die from prostate associated ailments at a rate 240% higher than Whites

The statistics is startling that not only is prostate cancer a global phenomenon; it has become a national concern. In Nigeria, as much as 11% of all cancer cases are reported to be of the prostate, whereas as many as 25% and 12% of adult Nigerians were reported to have BPH and Prostatitis, respectively.

Black males are more prone to prostatic cancer, having a mortality rate of 240% higher than White males. Mortality figures are not readily available from Nigeria, but they are presumably and anecdotally quite high.

Several studies have shown that prostatic diseases may be associated with conditions such as obesity, diabetes, insulin resistance, hypercholesterolemia, and hypertension, the prevalence of which are reportedly high in Nigeria. These diseases are amenable to lifestyle modifications in both prevention and treatment strategies.

The Prostate as an Organ

The prostate gland is a walnut-shaped gland that ordinarily weighs approximately 26g (grams) at the end of puberty. It is situated right in front of the rectum. The urethra runs through the centre of it, taking urine from the bladder to the penis.

Androgens are the major factors required for the growth and development of the prostate. The prostate gland secretes the fluid that carries the sperm. Prostatic fluid accounts for up to 30% of the volume of semen, and its production is the primary role of the prostate.

Prostatic fluid constituents ensure the nourishment and proper motility of sperm. Hence, prostatic problems are akin to only the male gender.

Disorders of the Prostate

Three major disorders that afflict the prostate gland are;

The risk factors associated with prostate cancer are as follows:

While ages forty and below have very rare cases, 29% of cases are recorded between the 41 – 60yrs mark and 67% of cases recorded at the 61 years and above age margin. Following from this, the risk age is 40 years while the higher risk age is 60 years.

In cases of heredity, the risk doubles with First Degree Relative (FDR) and up to fourth generation of FDR.

There is a much higher occurrence of cases in the Black population both domiciled in Africa and the Diaspora.  As stated earlier, Black males are prone to prostatic cancer at a rate of 240% higher than their White counterparts. Jamaican males have the highest mortality rate. There is a lower incidence of clinically evident diseases of the prostate in Japan and China.

Foods with high saturated fat increase the risk of prostatic cancer. Obesity, which is the result of uncontrolled consumption of high saturated fatty food, is a precipitator to several health issues including prostate cancer.

Physicians have a more difficult time performing complete digital rectal exams to diagnose the disease. Obese men have larger prostates, increasing the surface area that prostate cancer could occur over time. However, foods with phytoestrogens properties reduce the risks of prostatic diseases.

Prostate screening tests and investigations include the following:

For the purpose of readership, we will consider only two of the above-mentioned tests; PSA test and Prostatic biopsy [Transrectal Ultrasound (TRUS) and Biopsy]. During investigation, some other routine questions ought to be asked. However, for population screening, below is a matrix for successful population screening programme.

It is ideal to note that the approved test for the investigation and screening of prostatic problems as well as to test asymptomatic men for prostate cancer is Prostate Specific Antigene (PSA) Test in conjunction with Digital Rectal Examination (DRE).

You can Speak to a Doctor to learn more about the aforementioned prostrate tests to determine which is best suited for your needs.

Prostate Specific Antigene (PSA) is a member of the human kallikrein family of glycoproteins, and is produced by the glandular epithelium of the prostate.

There is a traceable amount in salivary, pancreatic and breast tissues as well as in semen, urine and blood. It is found in three forms in serum, viz: Bound to α-1-Antichymotrypsin, Bound to α-2-Macroglobulin, Free PSA.

PSA Test is used to measure the level of PSA in the blood to disclose a patient’s prostatic condition. The result is reported in nanograms of PSA per milliliter of blood (ng/ml).

However, some benign and non-cancerous conditions can cause the PSA to rise such as Prostatitis (inflammation of the prostate) and Benign Prostatic Hyperplasia (BPH) which is the enlargement of the prostate.

PSA testing has proven to be a veritable tool in the identification of prostatic problems. However, there are limitations to the test as have been stated earlier.

PSA tests are not strictly for the detection of prostate cancer only. It can be used for the examination of benign enlargement and inflammation of the prostate gland in cases of infections.

Limitations of this test include a high false-positive rate (showing that it could incorrectly indicate that a particular condition is present).

This is why it is recommended that measured tests be carried out overtime to ensure correct diagnosis. As a matter of fact, only about 25% of men with elevated PSA of between 4ng/ml and 10ng/ml will have prostate cancer identified on prostate biopsy and 75% may not.

In the same vein, another limitation bothers around the inability of the test to specifically detect and discriminate between aggressive high-risk cases and non-malignant low-risk cases.

This may lead to a situation of overtreatment in up to 50% of men. We already mentioned other benign ailments that could be associated with a high PSA. This is why we have recommended in this article that both PSA test and prostate biopsy be conducted.

As soon as prostate cancer has been diagnosed and assigned a cancer grade (that is, the extent of spread of the cancer in the body), PSA is used to determine the kind of treatment to be administered, whether prostatectomy (the removal of the prostate gland) or external beam radiation (chemotherapy radiation treatment).

Furthermore, the need for other investigation processes like bone scan or CT scan will depend on the PSA and prostate biopsy result.

It is ideal to note that early detection and treatment may save lives and avert future cancer related illnesses.

It is mandatory to point out to the asymptomatic man that the potential disadvantages of an abnormal result have no proven benefits to screening.

Prostate biopsy is the removal of fluid in the prostate to test for diseases of the prostate. It is mostly done after the PSA testing and evaluation. Elevated PSA most frequently triggers biopsy.

As a matter of statistics more than 1.2 million prostate biopsies are performed yearly in the United States. About 30% of men referred for biopsy are diagnosed with prostate cancer.

In the case of transrectal ultrasound, digital rectal examination (DRE) is performed which helps to accurately stage local diseases. In this case, an ultrasound probe with automated biopsy gun is used to take up to 3 cores of prostate tissue, with which examination is carried out on. An antibiotic cover is required to reduce the risks of infections.

Conversely, the shortcomings of Standard Systematic Prostate Biopsy are:

However, a major drawback of Prostate Biopsy is its ability to detect high-grade disease while avoiding low risk diseases.

Premature morbidity and mortality reduction should be the centrepiece of any policy strategy aimed at the prevention and management of prostatic diseases, especially in developing economies like Nigeria.

Such policies should have clear provisions that are local, inclusive and reachable. Since the populace of these developing nations are below poverty level, testing and screening for prostate diseases should be conducted free of charge in order to encourage health awareness. Counselling and preventive treatments should be done early and given freely if possible.

In many sub-Saharan African countries, finely drafted policies have no impact if there is no political driving force to facilitate its implementation. Therefore, our medical unions and associations should become pressure groups to help push the agenda of policy inclusion as it concerns prostate health into legislative and executive procedures.

If prostate cancer in an obese man is of low risk, devoting a few months to weight loss prior to treatment may result in a better outcome. Obese men should be educated about their increased risk of recurrence after having a procedure to remove the cancer.

Urinary Tract Infect (UTI) and Sexually Transmitted Infection (STI) should be prevented. The chances of having prostate diseases are well reduced with safer sex and urinary hygiene.

Early detection of any disease (and in this case prostate cancer) is the key to a potential cure. Prostatic problems require careful clinical history and thorough examination.

While PSA testing and prostatic biopsy is still the mainstay of detection, different modalities of preventive treatment can be inferred from the risk factors identified herein. At the heart of prostate health are lifestyle decisions, therefore a conscious adherence to healthy lifestyle choices could avert the dangers of prostatic diseases.

If you found this article interesting, you can read up more articles on cancer below:

10 Things to Know about Breast Cancer

The Prevalence of Childhood Cancer

Lung Cancer: What You Need to Know

Dr. Ngong Cyprian is a COVID-19 volunteer frontline worker and a member of the West African College of Physicians. Dr. Cyprian is enthusiastic about lifestyle medicine. He is also the author of Memoirs of a Genie. 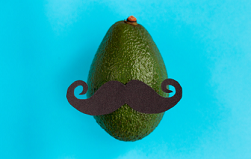 Prostate Health: Why your prostate is important