Stomach ulcer is one of the most discomforting ulcers anyone can have. Medically speaking, ulcers refer to sores that are slow to heal or keep coming back. They can take many forms and can appear both on the inside and the outside of a person’s body. For instance, leg or foot ulcers are common in diabetic patients. This is an example of an ulcer that happens outside of the body.

In this article, the focus, however, is on stomach ulcers and Nigerian food options that can serve as remedies for them.

Most of the time, stomach ulcers are caused by an infection of Helicobacter pylori (commonly referred to as H. pylori) bacteria. This infection is usually spread through contaminated food or water. Some studies suggest that it may also be passed by having contact with vomit or stool.

Another cause of stomach ulcer has been linked to a prolonged consumption of anti-inflammatory medicines especially pain relievers such as ibuprofen and aspirin. These drugs can cause ulcers by interfering with the stomach’s ability to protect itself from gastric acids. They have been shown to interfere with the mucosal protection of certain enzymes in the stomach, thereby making the stomach prone to bleeding and open sores.

An appreciable number of people also believe that stomach ulcers can result from not eating on time. However, this widely held belief may not be entirely true as there has been no adequate scientific evidence to prove that hunger or not eating on time causes ulcer. Stomach ulcers simply occur when stomach acid damages the lining of the digestive tract for any of the reasons highlighted above. While it has not been strongly established that hunger causes ulcer, being hungry for a long while could certainly aggravate pre-existing ulcer symptoms.

It is worthy to also note that a family history of stomach ulcers can predispose a person of having ulcer too.

Signs you may be having a Stomach Ulcer.

If you experience some of these warning signs, you may be having a stomach ulcer:

1) Middle or upper abdominal pain: This burning sensation usually becomes worse at night or immediately after having a meal. You may also experience pain or heartburn in your chest as well.

2) Consistent indigestion: After eating, you have a hard time trying to be comfortable as a result of indigestion.

3) Constant hunger: It appears that you are perpetually hungry even after eating a meal. It is the increase in digestive juices that makes you feel pangs of hunger all the time.

4) Loss of appetite: With the discomfort that comes with eating, you may suddenly begin to resent food and lose appetite most of the time.

5) Feeling bloated: The scar tissue in your stomach can result in bloating. Since food does not move freely as it should, gas builds up quite easily in the intestines.

Healthy food is the medicine we give our bodies every day. Even though foods have not been proven to be an express cure to ulcers, some food options have the power to soothe ulcer symptoms and help you get relief from the discomfort. In the same vein, certain kinds of foods too can worsen your stomach ulcer symptoms or even delay the healing process.

In the following lines, we put together healthy Nigerian foods for stomach ulcers. If you or anyone around you is battling with stomach ulcer, this list of suitable food options can serve as a guide to drafting a meal plan.

Some of these Nigerian foods that are good for ulcer relief include:

1) Oatmeal: Oats are low in fat and filled with healthy carbohydrates and fibre which make them suitable for ulcer patients. Fibre reduces the level of acid in the stomach too.

2) Fish: Fishes such as mackerel and sardines provide omega-3 fats, which can decrease inflammation and stomach acidity.

3) Greek yoghurt: Especially when they are unsweetened, Greek yoghurt contains probiotics which are also called ‘healthy bacteria’. This type of bacteria helps to inhibit the ulcer causing bacteria, H. Pylori. To add this to your diet, ensure to have Greek yoghurt at least thrice in a week.

4) Vegetables and fruits: There is an abundance of Vitamin A in foods like carrots, broccoli, banana, cucumber, garden eggs, apples, pea, okra, leafy greens, cabbage and spinach These foods increase the mucus production in your gastrointestinal tract, which in turn, helps to relief ulcer pain.

ALSO READ: Eating Disorders – When to See a Doctor

4) Unripe plantain: According to a PubMed research, “various preparations of dried unripe plantain were found to be anti-ulcerogenic against aspirin-induced ulceration in rat and were effective both as a prophylactic treatment and in healing ulcers”. Unripe plantains also contain nutrients that aid in the relief of irritated and inflamed stomach lining.

5) Honey: Among the various benefits of good honey is the fact that it helps to fight bacteria. Add honey to your oatmeal or pap. You can also have a tablespoon of raw honey on empty stomach first thing in the morning to calm abdominal discomfort. If you can, kindly avoid processed honey. Natural honey is most suitable for better results.

6) Yam and sweet potatoes: These are anti-inflammatory foods; hence they can help reduce stomach acids as they both have soothing effects on the stomach and intestines. Make sure that you cook or boil them soft.

7) Moi-Moi: While beans is not advisable to be consumed by ulcer patients because of its high acidity and tendency to cause heartburn, the blended form, Moi-Moi, is quite suitable for stomach ulcer. Moi-Moi is not only relatively easier to digest, it also does not present any problems such as heartburn or acid reflux.

If your ulcer symptoms are becoming unbearable, you can Speak to a Doctor to get a prescription. Some stomach ulcers especially the ones caused by H.Pylori bacteria are better treated with antibiotics recommended by a certified physician.

Combining your medications with the foods discussed in this article will sure get your ulcer in a manageable state. 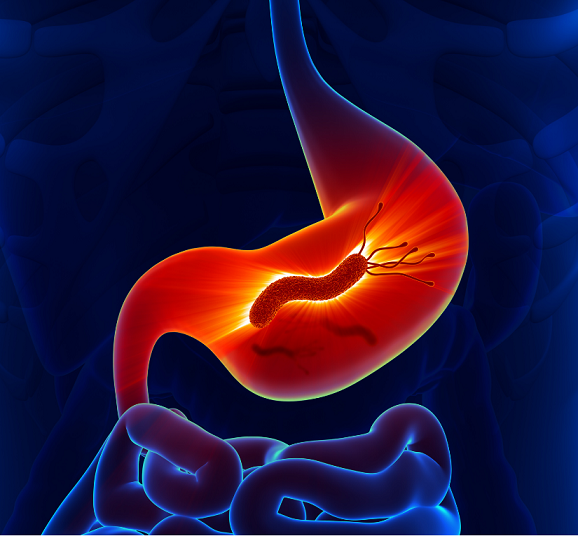 Stomach ulcer also known as gastric ulcer is a common cause of abdominal pain in our society. It literally means… END_OF_DOCUMENT_TOKEN_TO_BE_REPLACED